Do a backflip! Renato's story

When Renato was in the hospital after a motorcycle accident and knew that there was no way of getting his left leg back, he thought he would never run again. Today, Renato not only runs, he backflips!

While riding a motorcycle in Jundiaí, near São Paulo, Brazil, Renato got hit by a car and shattered his leg and arm. After several surgeries, the leg continued to infect and to prevent the infection to spread and turn into something even more serious, the decision to amputate was done.

At that time Renato didn’t even know of the existence of running prosthetics and in his head, there was no way we would ever live an active lifestyle again. It took around six months for Renato’s leg to scar properly and begin to try a walking foot. When he first got it installed, it was heavier, harder, and weirder than he had imagined.

At the time, he never thought he would be able to do the things he does now.

Renato and his legs

The prospect of an active lifestyle

“In the beginning even walking was painful, but I was determined to get back out there.”

One day, after getting more comfortable with walking, Renato decided to step on his longboard. He knew how to ride the board before the accident but now it felt like he never had stepped on a board in his whole life. Everything had gotten back to zero, but little by little the ability to ride began to come back… as did the prospect and optimism of an active lifestyle. 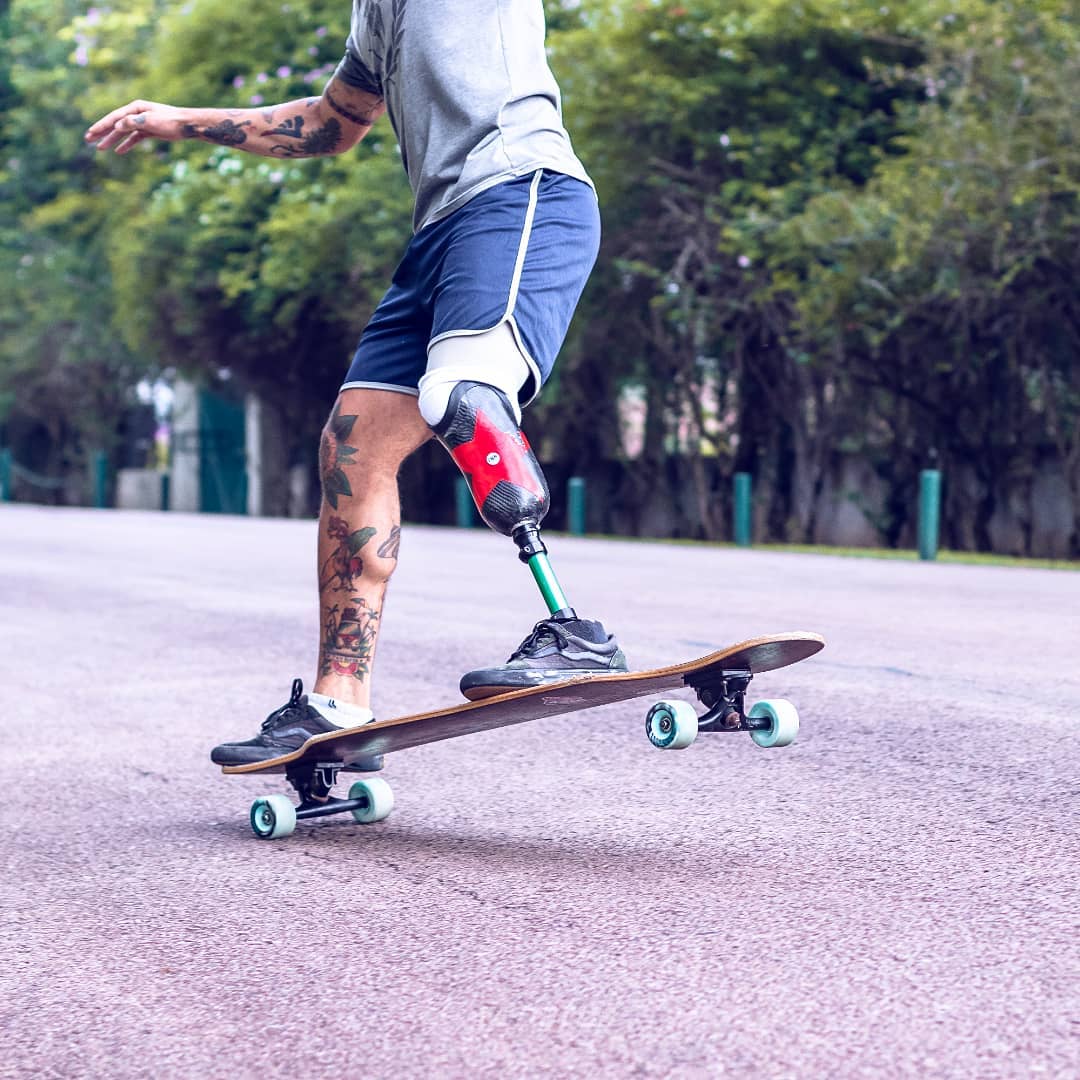 Skating is one of Renato's many talents

With the backflips, it was the same story except that the walking foot was just too heavy. To backflip Renato needed a lightweight blade. Luckily for him, the person who caused the fateful motorcycle crash offered to pay for the equipment and so Renato got a carbon fiber blade. Unfortunately, the blades broke quickly and often. “I must have broken 5 or 6 of those blades”  “Then I tried the levitate blade and the flexibility and weight were great. It was so wonderful the first time I did a backflip on the blade. It just felt amazing!”

Today, Renato walks, runs, skateboards, and backflips like he was born to do it. He keeps pushing his limits with the aspiration of becoming a professional para-athlete and inspiring others. Why just walk when you can jump?! 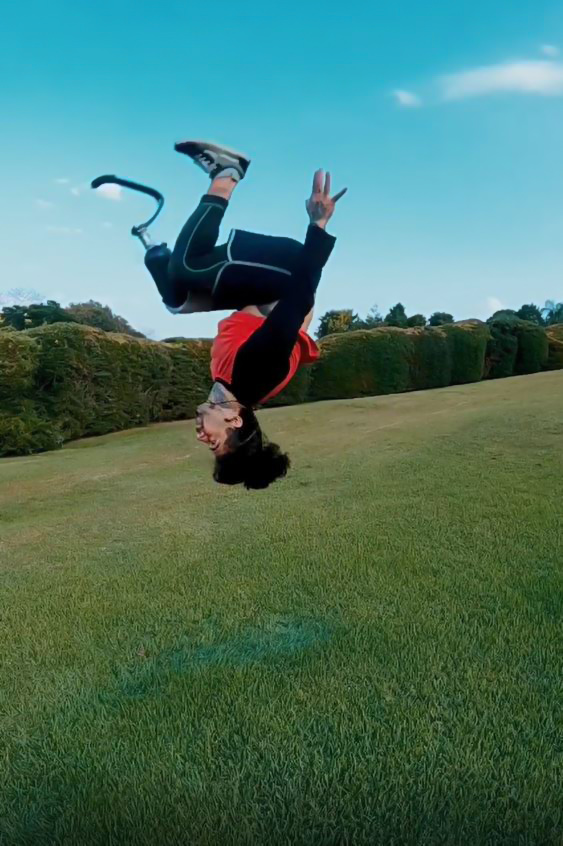