Are you in the UK and dreaming of getting your hands on a running blade? Chances are Sian Green-Lord from Leicester is just the person to get in touch with.

Sian Green-Lord, a 33 year old full-time model and amputee, has always been active. As a young girl, Sian went to dance classes and she even did dancing gigs. She walked everywhere, went to the gym and walked on stilts.

Then 9 years ago, on a trip to New York City with her friend, a taxi driver hit Sian in a fit of road rage when he attempted to ram a local cyclist. Her left leg was severed then and there.

“I spent 6 weeks in NYC undergoing 4 different surgeries on my leg so I was able to wear a prosthetic leg.”

When Sian returned to the UK, she was on a waiting list at the NHS clinic. She lost her leg in August and she was due to get a prosthetic the following February. Luckily for Sian, she was funded for private care by a person from America, so she was able to go down the private route.

“But I know that for a lot of people that’s obviously not the case. It’s a waiting game until you get your prosthetic leg.”

Sian uses her running blade on the court.

All you need is hope

At the time of her amputation, Sian knew nothing about disabilities, prosthetics or amputations.

7 years later, now 2 years ago, when she purchased the first version of our running blade, she still had no prior experience with sports prosthetics. But she saw it as a way back to the active life she knew before.

Like most of our blade runners, she was heavily inspired by her peers on social media. Now she has taken it upon herself to be the voice for others – and to give hope in times of hopelessness.

“I just know what a difference that can make to somebody. And I get messages every single day from amputees saying: Wow, I’m actually scheduled for an amputation in a week or two. I’ve just found your profile, thanks for giving me the hope that I needed.

People need hope these days, so if you could just provide that little bit of hope for somebody then that’s the job done.”

Sian's beneficiaries get a shot at an active life on their own terms.

Sian’s experience with the NHS and prosthetic costs compelled her to start her foundation in 2015. Initially there wasn’t a clear-cut plan for the foundation. She just wanted to help as many people as possible.

“Something just didn’t sit right with me that there were so many people out there going through the same thing, so I had the idea to start the foundation to support people along the way. At first to offer part-private funding to pay for private care.”

But as Sian learned, a majority of amputees are already insured, which enables them to get the private care they need. Instead she chose to support amputees on a one-on-one basis, which is what she has been doing throughout the years. But all of that changed at the beginning of this year.

“I was thinking, I’m getting so many messages from people about my Levitate blade, why not then start using the funding from my foundation to now fund the blades for people to get back into sports. To get back to what they love.”

Ryan is one of Sian's beneficiaries.

So who exactly is eligible for a running blade from the Sian Green Foundation? If you’re in the UK and you want to put the blade to good use, you’re a pretty solid candidate.

“This is basically for everyone,” Sian says.

“It could be someone that just wants to try a running blade, a person that’s been into sport before their amputation or someone that wants to try a new sport. We’re not going to specifically cut off anyone, but they need to describe how they would use the blade and what the blade could do for them before we can assess the candidate.”

Looking into the coming years, Sian hopes to increase the reach of her foundation dramatically. It’s only in the past 2 years where she has felt like she can actually join in with activities herself, so she knows the difference a running blade can make. Now it’s all about spreading the good word.

“I want people to know that we’re here and we have their best interest. I just want to help as many people as possible. That’s all I can hope for the foundation.”

We’re stoked to make dreams come true together with the Sian Green Foundation.

Check out the rest of our NGO colabs. 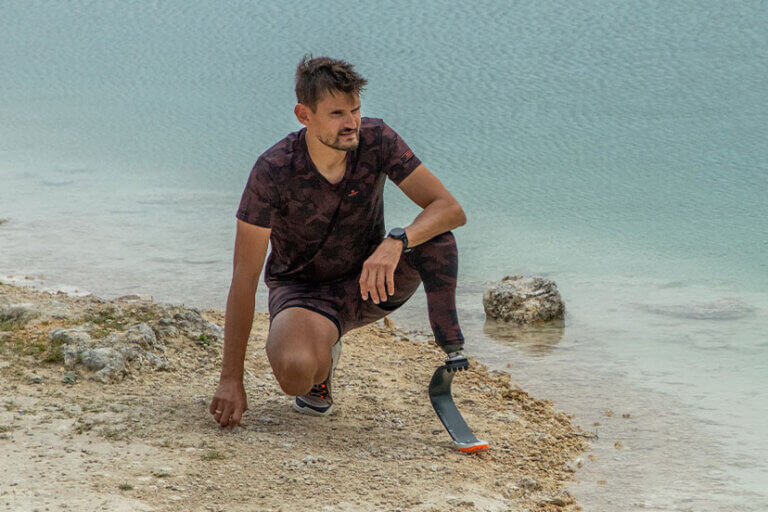 We've added a para triathlete to the team
Meet Sebastian, the latest addition to the Levitate team. 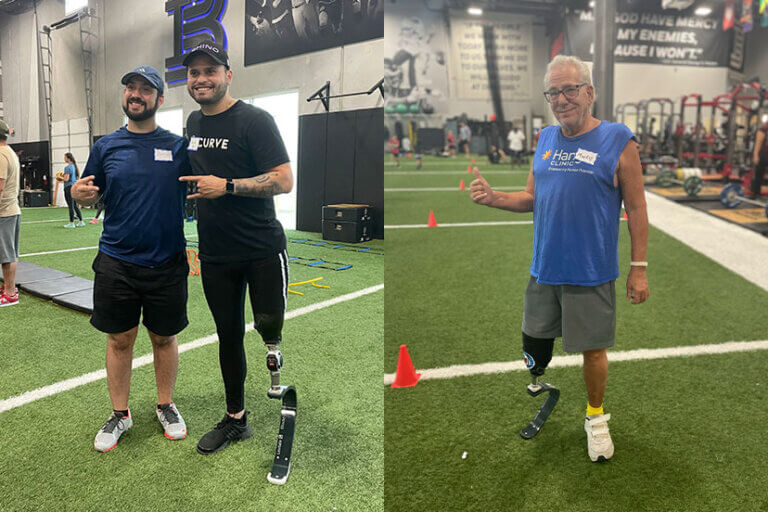 Try a Levitate running blade in Denver
Ever wanted to try a recreational prosthetic? Now is your chance! Register for our test run in Denver. 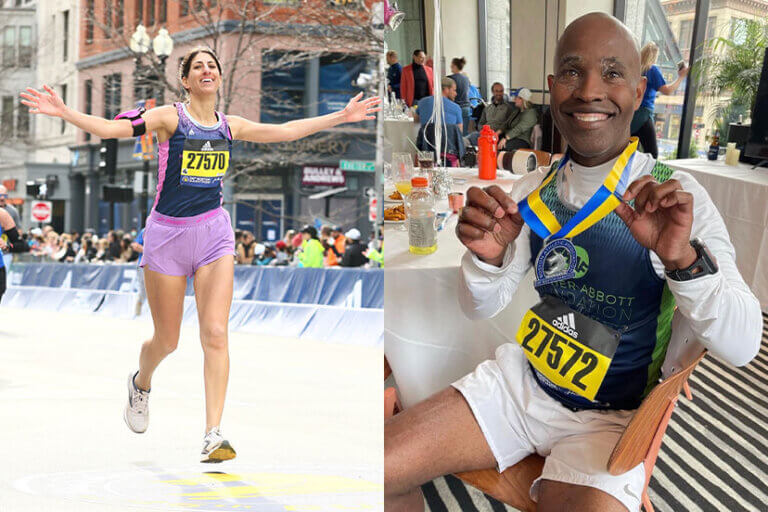 Join The Heather Abbott Foundation's Team Limb-it-less and run the 2023 Boston Marathon
Want to run the Boston Marathon for a good cause? Now is your chance.
See all news